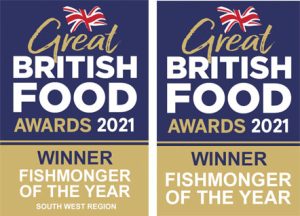 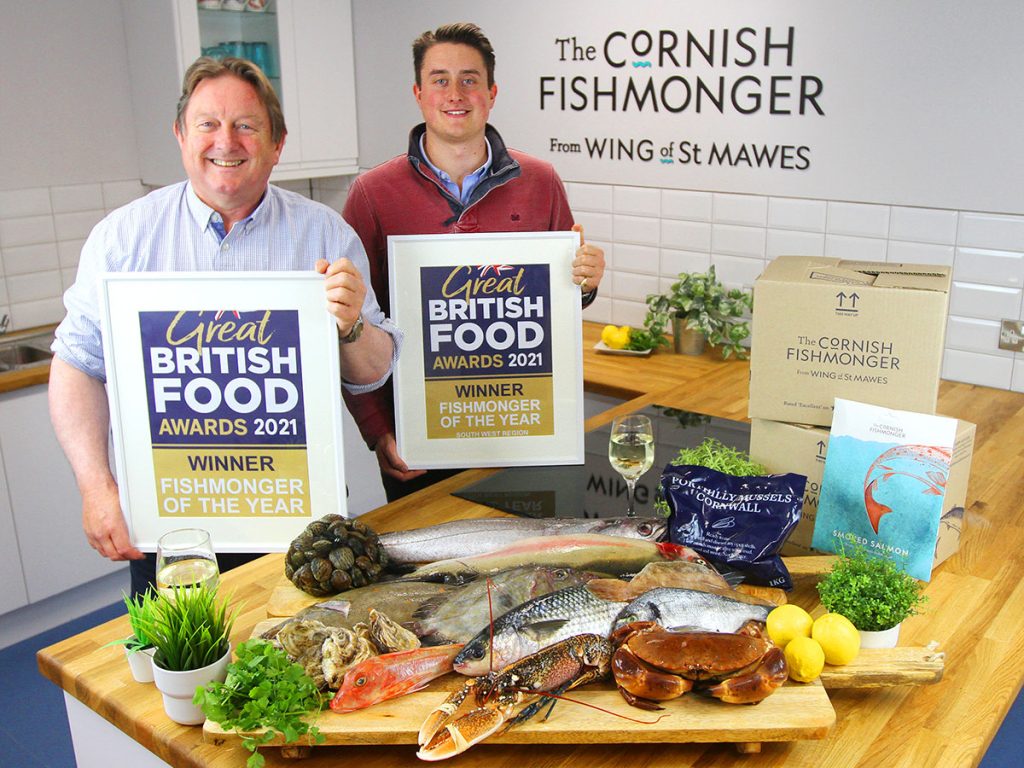 We are very proud to reveal that Wing of St Mawes has scooped two national awards, including being named as the UK’s top fishmonger.

We, alongside our sister company The Cornish Fishmonger have been named the national “Fishmonger of the Year” by readers of Great British Food Magazine.

Alongside this, we were also singled-out as the South West’s “Fishmonger of the Year” – a special honour given by the Food Editor and Acting Group Editor of Great British Food Magazine, and chosen from dozens of entrants.

For nearly forty years, Wing of St Mawes have been supplying seafood to many of the UK’s top restaurants and hotels, as well through our popular next-day online home delivery service; The Cornish Fishmonger.

“It’s fantastic to see a business make a statement about supporting local, small-scale fishermen despite the extra expense that doing so naturally incurs; especially when part of their reason for doing so is rooted in sustainability, both for fish stocks and the livelihoods of the local community.

“It’s great that they supply food lovers at home as well as renowned Michelin-starred chefs, and this perfectly demonstrates their passion for championing their locale as much as they can.

“The Cornish Fishmonger is a proud champion of the region, and the West Country should feel proud to have it on its menu.”

Rob Wing, founder and Wing of St Mawes’ Managing Director said: “The awards recognise the quality of Cornish seafood and the hardworking fishermen who risk their lives to catch great fish and seafood.

“Special thanks go to our staff as without their skills and commitment we would not have earned the reputation for delivering sustainable fish and seafood.

“Our appreciation goes to those readers, judges and customers who voted for us – we are humbled by your support.”

We are proud holders of prestigious awards from The Great British Food Awards, Taste of the West, Farm Shop & Deli, Farm Produce, and Great Taste for both Wing of St Mawes and The Cornish Fishmonger (retail side of our business).